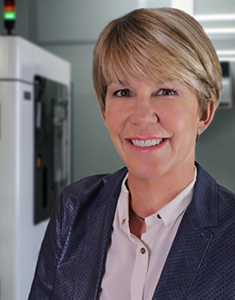 Kellie Johnson earned her B.A. in International Relations in 1982 from the University of Southern California. She joined her family’s business, ACE Clearwater, in 1984 – working in all areas from purchasing to production control. At that time the company had annual revenues of approximately $10 million, primarily in aerospace sheet metal forming and fabrication.

ACE Clearwater is a third-generation company, and Kellie has been responsible for much of its success. Kellie took over operations in 1985 and was promoted to President in 1989, earning Boeing’s Supplier of the Year just four years later. In 2002 Kellie completed the acquisition of Honeywell’s metalforming business, propelling sales more than 25% in that same year. Focusing on speed, quality and innovation, ACE Clearwater Enterprises has become a preferred supplier for most aerospace original equipment manufacturers. Kellie is now President and CEO of the company. Under her leadership ACE Clearwater has grown in both size and prominence into one of the aerospace industry’s most respected and trusted manufacturers. Specializing in complex formed and welded assemblies, the company has more than 200 employees, with current annual revenues of $35 million. 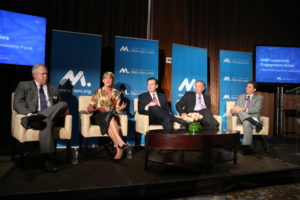 Kellie first became a key advocate in local and national organizations in 1995 by serving as Chairman of the Board of Directors for California Manufacturing Technology Consulting, a local branch of the Manufacturing Extension Partnership at NIST. Concurrently she served as an advisory Board Member at the MEP.

In 2006 Kellie was appointed by Secretary of Commerce Carlos Gutierrez, under the George W. Bush administration, to serve as the Vice Chair of the Manufacturing Council and was reappointed to serve through 2012 on the re-chartered Manufacturing Council by Secretary Locke under the Obama administration. During that reappointment she chaired the Subcommittee on Competitiveness.

In April of 2007 Kellie was selected by the Department of Defense to participate in the Joint Civilian Orientation Conference, (JCOC 73) where she joined 40 business leaders for a 10-day tour of Central Command posts throughout the Middle East.

Kellie has been invited on several occasions to testify to Congress as a small business owner and industry advocate. She has also made numerous appearances as a guest speaker for the Milken Global Conferences. 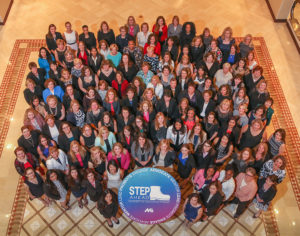 In the civic arena Kellie is highly involved in local education, promoting manufacturing as a creative and challenging career path. For the past four years ACE Clearwater has hosted highly successful MFGDAY events inside the Compton facility – growing to more than 650 middle school through technical college students and their teachers this year who explored 21 separate working/learning centers demonstrating the latest technologies in aerospace manufacturing. Her company aggressively promotes internship programs to expose young people to engineering and other manufacturing-related careers by working closely with Community Colleges and Universities. 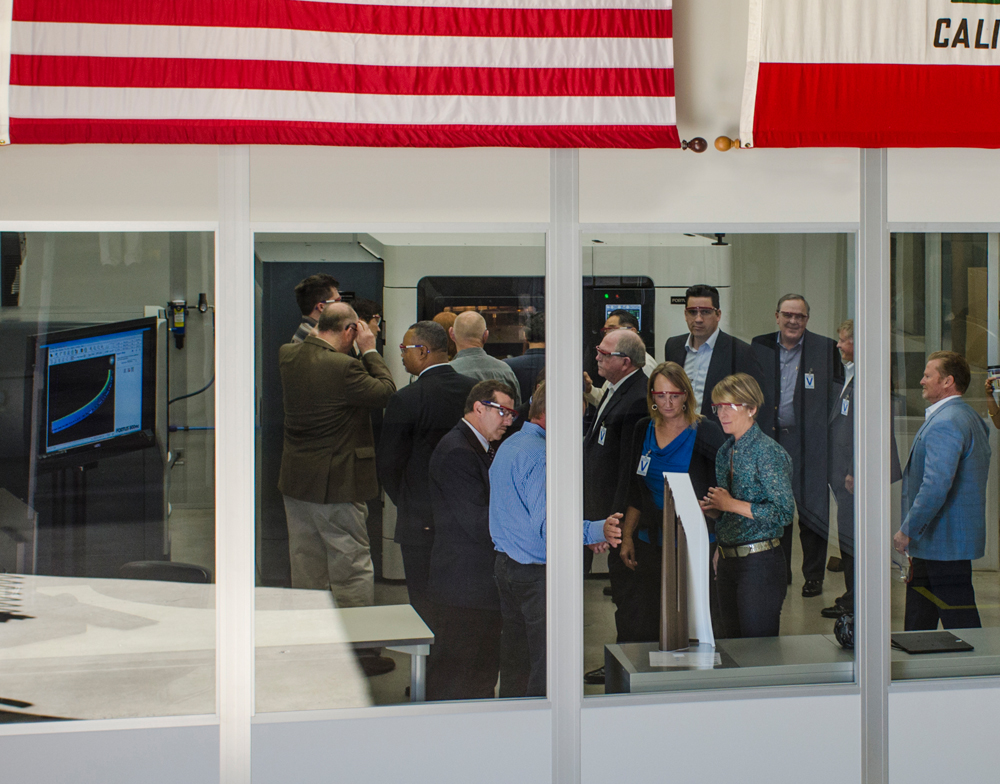 Kellie also hosts industry leaders’ panels for local colleagues and NAM members, as well as tours of ACE’s facilities for council members and assemblymen from local districts, local business leaders from the Los Angeles and Long Beach Chambers of Commerce, and graduate research teams from the University of Southern California.

In addition to her professional associations, Kellie currently serves as Vice Chair and Board Member of the Catalina Island Conservancy, protecting the natural resources and wildlife on Catalina Island.